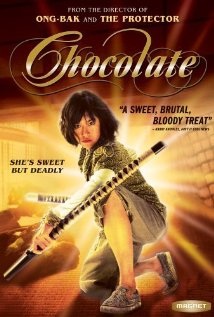 When Zin, former girlfriend of a Thai mob boss, falls for Masashi, a Japanese gangster in Thailand, the boss banishes them: Masashi to Japan, and Zin, with her small daughter Zen, to live next to a martial arts school. Zen is autistic, with uncanny swift reflexes. She watches the students next door and Kung Fu movies, absorbing every technique. She's now a teen, and her mother needs chemotherapy. Zin has taken in a chubby kid, Moom, who watches over Zen. Moom finds a ledger listing business men who owe Zin money; he goes to them one at a time to collect in order to pay for Zin's treatment. Zen, with her martial skills, becomes his enforcer. A showdown with the boss is inevitable.

PASS = Kaskus
THANKS TO UPLOADER
0 Comments